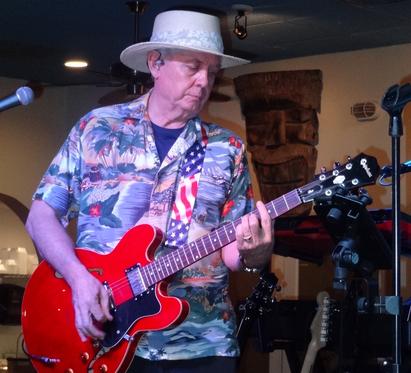 Dee-Dee has been entertaining audiences from New York to South Florida for over 30 years both on stage and on the airwaves. Of course she started when she was 5 years old!   In addition to her vocal talents, Dee-Dee spent many years on the radio in Rochester, New York on stations WKLX, WBBF, and WBEE, And here in SW Florida at Gator Country. After spending several years living in Asia, she's returned to Fort Myers and focused all of her energy back onto the stage with 41 South. We are always dedicated to bring you good times and great dance tunes, the ones you sing along to! 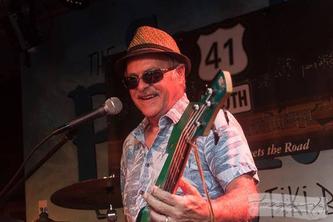 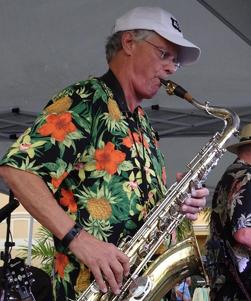 Dave is originally from Toledo, Ohio via the Ann Arbor, Michigan area. He has playedwit h many groups, concert bands, rock, jazz and big bands in SW Florida as well as playing in and outside the United States as a freelance musician. This includes gigs in Central America and in Detroit, Chicago, and other places throughout the Midwest and United States. He began playing in grade school and high school. Dave likes all styles of music that brings energy to the audience. His influences are varied and include:  Bob Gable, Richie Kamuca, Stan Getz, Cannonball Adderley, Richie Cannata, David Sanborn, and Phil Woods, to name a few. His playing style includes a combination of riffs and leads that have a rhythmic undercurrent which is appropriate for each of his performances.

Angelo  hails from Long Island, New York, where he began his lifelong passion for playing music in high school.  After playing in the high school band, Ang wanted something a bit different and began playing in rock bands during this same period.  After school, Ang moved to South Bend, Indiana, and started with a band playing country/classic rock... perfect for Ang's bangin' bass riffs!  During this seven-year stint, Ang met his wife while playing with this band.  In fact, she was the keyboard player!    He then brought his musical abilities to Fort Myers, Florida, where he began playing with Bev and the Boys.  Ang's musical influences include John Entwistle, Donald "the Duck" Dunn, Pink Floyd, Aerosmith, The Animals, and CCR, to name a few.  It is rumored Ang made his way to Fort Myers via 41 SOUTH!!

Frank started his music career by helping a good friend start a band in 2008!  Then, as most  musicians do, (wanting to remain friends) they went in different musical directions. Each  searching for that Holy Grail of Music-  a group of talented musicians that had the same goals and could actually get along.  That lead to the creation of Bev and the Boys, which soon melded into 41 SOUTH.  The idea that if you could find some great personalities that had talent, well it took some time but was well worth it.

And 41 SOUTH is a great group of friends as well as musicians!!

I do not believe you will find  more talented and energetic entertainers in one group as41 SOUTH!  They dedicate themselves to producing the best show possible.  Please notice we produce 'Shows', not 'gigs'.  A Show is designed for a specific goal, theme or setting.  A gig is just another job!

Designed to your specific  event, whether a wedding or a sock hop, they will come prepared for the occasion.  Their goal is to make your event as successful as possible, so that your members or patrons leave the venue smiling, and without a headache.  They have their own sound engineer on staff and the volume is controlled to the level that you want.  Also important:

41 SOUTH never drinks  alcohol before or during a show!!  We are  professionals when it comes to our            performance, our wardrobe and commitment!